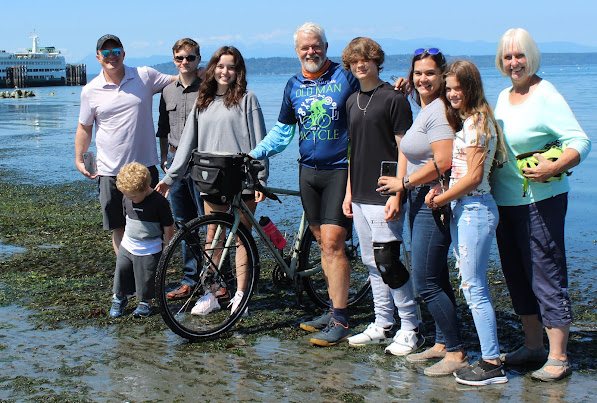 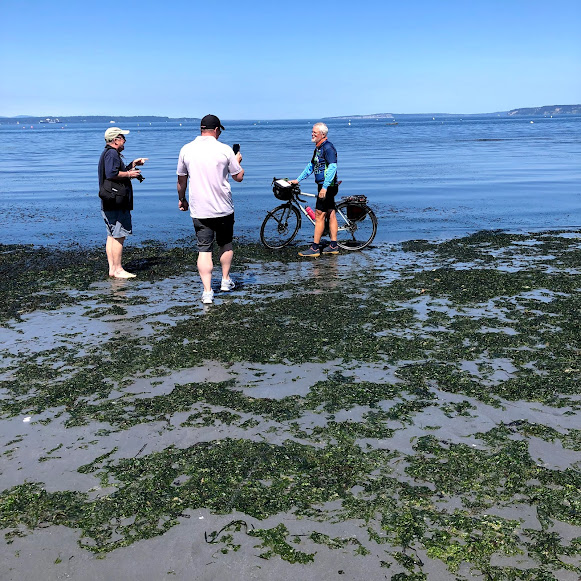 Steve dips his tires as Ben narrates for the Zoom participants and Brian Soergel, the editor of the Edmonds Beacon newspaper, gets the story.

Like 67 other mornings this summer, Steve woke up and got ready to ride.  It was not a long ride, but it certainly was a momentous one.  I actually left before Steve for the first time, intent of finding my way to Brackett's Landing in Edmonds and ensuring a parking spot.  It is indeed a busy place for walkers, beachgoers, Tai Chi practicers, and scuba divers.

When the wildfires west of Winthrop forced us to find an alternate route through the Cascades, Steve elected to come through Stevens Pass along Rt 2.  We needed to find a place (originally supposed to be Anacortes) where he could dip his tires into the waters on this western side of the country, so we looked west and south of Snohomish.  When we saw Brackett's Landing, a small beach in Edmonds, we knew it was fate/karma/luck.  My Dad and Mom, Allen and Margie Brackett, have been following our trip closely, and I was excited to be able to report that I could finally "see the ocean" at Brackett's Landing! 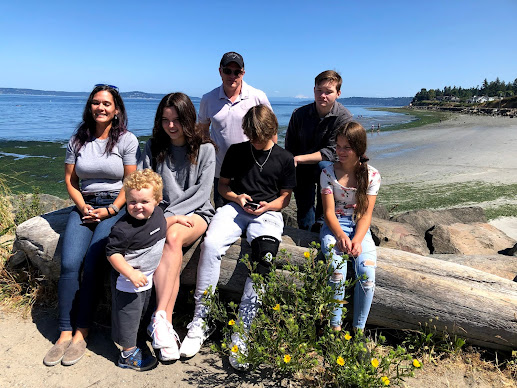 The family waiting for Steve's arrival 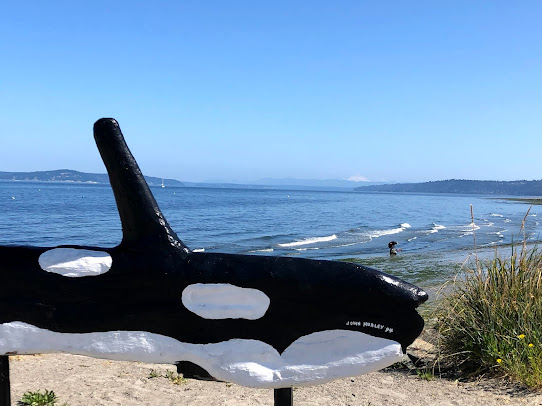 Mt Baker? in the background 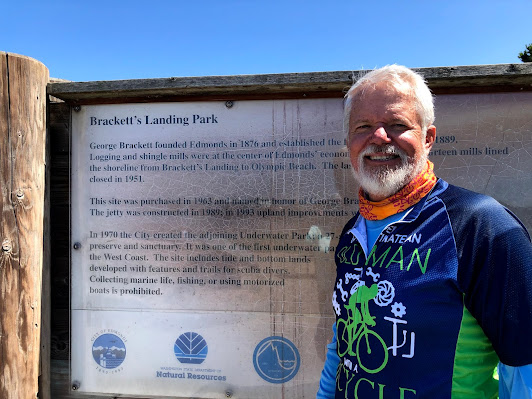 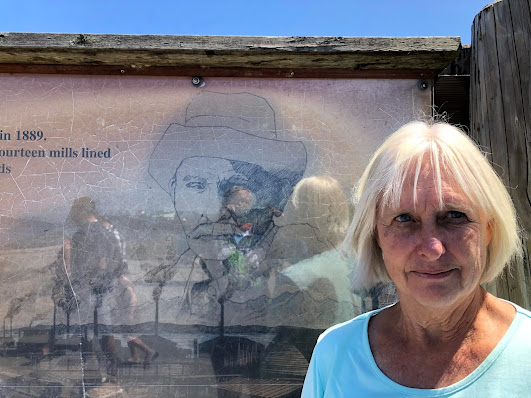 I think I have the same nose as George!
I want to jump in here now that we've made it and I've got a bit of time on my hands. I think most of you know just how amazing Allane is, but this 'epic adventure', as my mom called it, would never have been nearly as epic if it were not for Allane, my dearest friend and partner. She literally was the glue that kept this ship sailing. I can't imagine having done it without her. 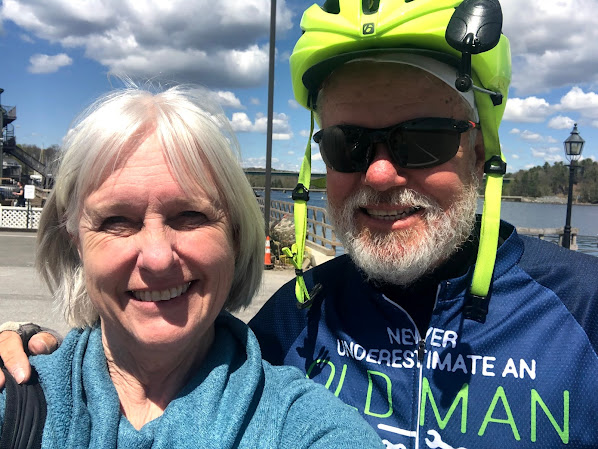